(Spoiler alert: If you haven't yet read the entire Pipe Woman Chronicles, this promotion will give away part of the ending. Sorry about that. But c'mon, Annealed's been out for a year -- there's gotta be a statute of limitations on this kind of thing.) 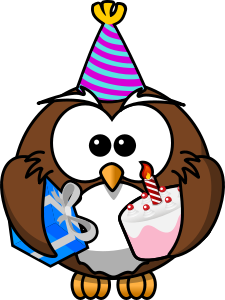 It was a girl, of course, and we named her Sage -- both for the herb, and for the wisdom we all hoped she would develop as she grew up in this brave, new world we had all midwived into being.

One year ago this past week, in the Pipe Woman Chronicles universe, Naomi Witherspoon Curtis forged a truce among the pagan pantheons and Jehovah. And then she gave birth to Sage.

There's a party going on in the Curtises' cabin outside of Golden, Colorado, this weekend for Sage's first birthday, and here at hearth/myth, we're celebrating, too. Starting this Wednesday, The Pipe Woman Chronicles Omnibus will be on sale at Amazon.com for just 99 cents. It's a great opportunity to pick up all five books at an amazingly low price -- less than 20 cents a book! -- and with a snazzy new cover, yet (that's it over on the left). The sale will run through next Sunday.

Don't forget that Amazon offers Kindle reader apps for just about every electronic platform on the face of the planet -- PC, Mac, iPhone, iPad, Android, and I've probably missed some. Click here to check it out.

In addition, I've created a party favor of sorts for one lucky hearth/myth reader. It's a collection of five Safari Ltd. animal figurines, one for each of the original Pipe Woman Chronicles covers. I had to make some compromises -- the Gravid buffalo is brown, not white (feel free to paint it yourself...), and I had to settle for a leopard instead of a jaguar for Fissured. But I found a great horned owl for Seized, a gray wolf for Tapped, and a baby phoenix for Annealed. Here's the set: 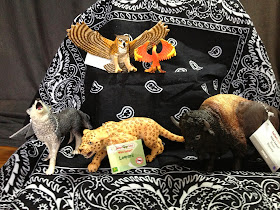 In case you're not into toys, I'm throwing in a $10 Amazon gift card, too.

The contest runs through next Saturday, May 24th, at 11:59pm Eastern time. The entry form is below, and it's on the Giveaway tab on my Facebook page, too. Good luck!

The rules (sorry, gotta have 'em):

1. Friends and family may definitely enter.
2. Winners from my previous contests may win again.
3. Someone will win. I bought these figurines months ago and am getting them out of my house now, one way or the other.
4. As always, the judge's decisions are arbitrary, capricious, and final.